Willa Bagwell was born in 1896 in Hall County, Georgia. He was the son of George Franklin Bagwell and Lena Meaders. Willa Bagwell died in 1919.


Services for Lela Tyree, 78, of Shallowater will be at 10 a.m. Tuesday at Sanders Memorial Chapel with the Rev. Don Lakey, Assembly of God minister, officiating.

Burial will be in City of Lubbock Cemetery under the direction of Sanders Funeral Home.

Mrs. Tyree died at 3 p.m. Saturday at Community Hospital after an illness.

Grandsons will be pall bearers.


She was buried at City of Lubbock Cemetery, Lubbock, Lubbock County, Texas. 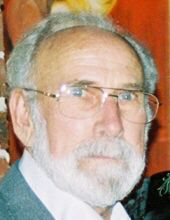 Lynn Bagwell was born after 1945. She was the daughter of William Clairborne Bagwell and Sarah Rebecca “Becky” Short. Lynn Bagwell married O. O. Nickerson after 1960. Lynn Bagwell died before 2011.