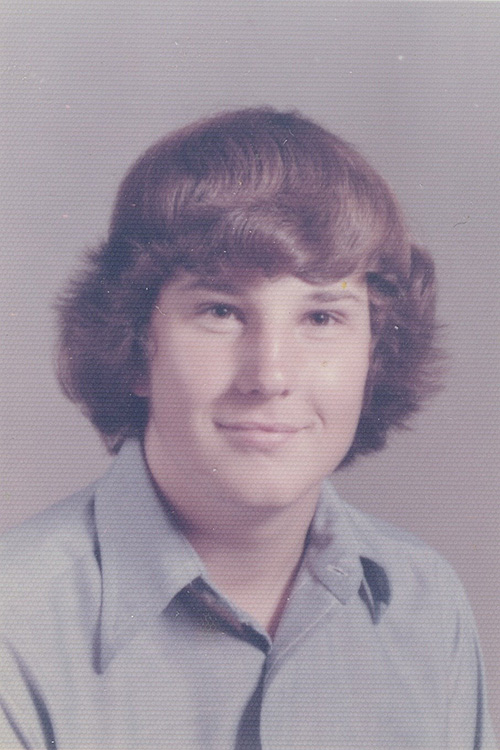 Donald Zeb Bagwell, 62 left his earthly home for his eternal rest on September 26, 2017 from Hospice of Carteret County in Newport, NC.

Born January 2, 1955 in Raleigh, NC, Donald was the youngest of six to his parents Calvin and Eldora Bagwell. He graduated from William G. Enloe High School and followed in his father's footsteps in the taxi cab business. After his father's passing Donald and his brother C.B. took the reins of Safety Taxi and continued to grow the business before moving onto new endeavors in the courier and handicap transportation businesses.

Donald can best be described as a man with a generous spirit. If he knew of a need, he would respond without waiting to be asked. He was also a man who never met a stranger and could make friends everywhere he went. He left a lasting impression on everyone he met and truly lit up a room with his humor, smile and laughter. He loved antiquing and the thrill of the hunt to find rare pieces. He spent his last days by the water in Bogue Inlet where he cherished every moment fishing, gardening, and spending time with his friends and family he cared for deeply.

He is preceded in death by his parents, Calvin & Eldora Bagwell; and his brother C.B. Bagwell, Jr. He is survived by his daughter; Mary Lauren Bagwell of San Francisco, CA; brother, J.W. Gargis of Columbia, S.C;sisters, Ruby Jones of Creedmoor, Deborah Stoner of Bogue, and Dale Stevenson of Garner; nieces Patti Pickens of Columbia, S.C., and Joy Bradley of Creedmoor, Nicole Beaucamp of Garner; and nephew Johnathan Blackwell of Wallace. 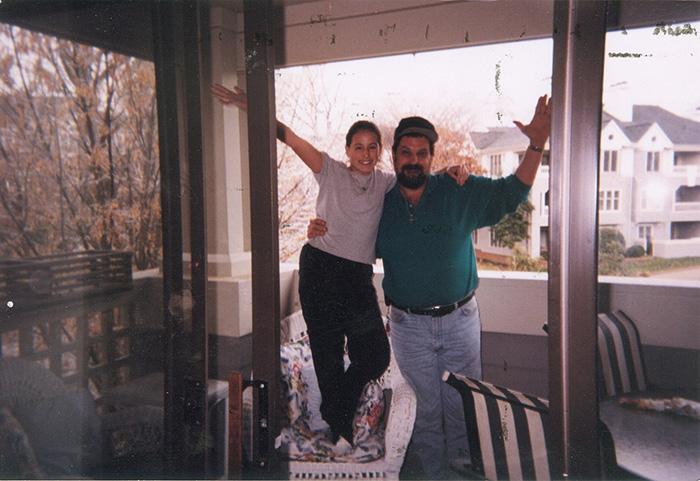 M, b. circa 1825
Andrew Wood was born circa 1825. He married Barbara Caroline Bagwell, daughter of James William Bagwell and Nancy Harper, after 1855.

Annie Jean Bagwell is the daughter of John Spurgeon Bagwell and Bessie Dupree.

Mary Bess Bagwell is the daughter of John Spurgeon Bagwell and Bessie Dupree.

Marilyn Bagwell is the daughter of Jerome Deyarll Bagwell and Mary Ann Boggs.

Jo Ann Bagwell was born on 31 July 1936 in Hunt County, Texas.1 She was the daughter of Horace Hubert Bagwell and Vera Alin Massey.2 Jo Ann Bagwell died on 6 April 2019 at age 82
[Note: Cemetery marker is in the name of "Jo Anne B. Foote". By Find A Grave guidelines, last name of memorial should be what is on the marker.]

JoAnn Foote Jones, age 82, of San Antonio, Texas, went to be with the Lord Saturday, April 6, 2019. She was born July 31, 1936 in Hunt County, Texas to Horace H. and Vera Massey Bagwell. Her mother died suddenly after her birth and she was raised by her step-mother, Merle Bagwell.

She enjoyed square dancing with her first husband, Alton Foote, and is how she met her current husband, Tom Jones. JoAnn was also a sought-after bridge player and partner. JoAnn had a lakeside home at Canyon Lake, where she enjoyed boating and water skiing with her family and friends.

She was preceded in death by her parents; her first husband, Alton F. Foote; and her sister, Shirley M. Crump. JoAnn is survived by her husband, Tom Jones; children, Sheryl Diane Sultenfuss, Kimi Lajan Foote, Darrel Lee Foote, and Robert A. Jones; and granddaughters, Brooke Foote and Mollie Sultenfuss.

Shirley Bagwell was born on 30 June 1941. She was the daughter of Horace Hubert Bagwell and Merle Evelyn Denton. Shirley Bagwell died on 14 January 2003 at age 61. She was buried at Restlawn Memorial Park, Sulphur Springs, Hopkins County, Texas.

Truman J. Bagwell was born on 29 April 1915.1 He was the son of William Daniel Bagwell and Verlena P. McKibben. He enlisted in the US Army on 15 January 1942 and served during World War II. His tombstone says "Sarge" so I assume he reached the rank of Sergent during his service. Truman J. Bagwell died on 2 December 1991 in Georgia at age 76.1 He was buried on 5 December 1991 at Alta Vista Cemetery, Gainesville, Hall County, Georgia.1 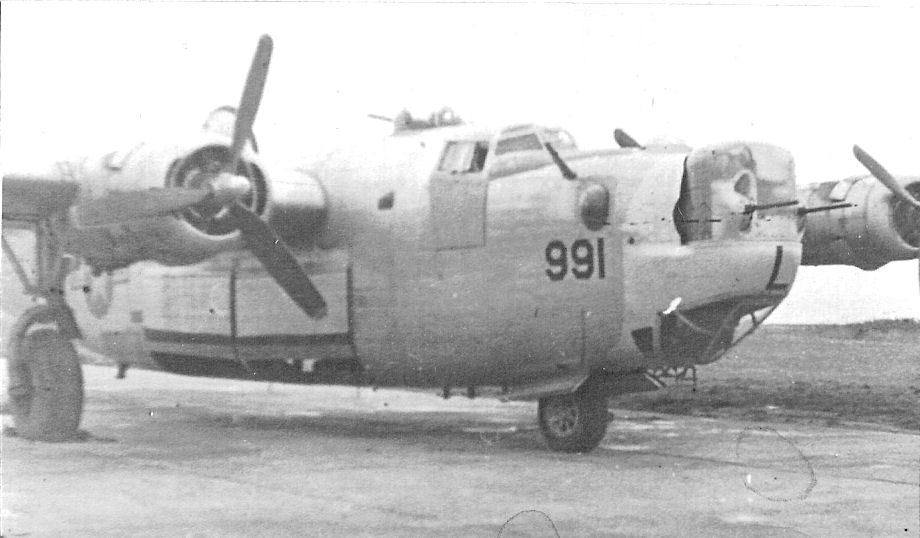 The Consolidated B-24 Liberator bomber nicknamed the 'Gravel Gripper'
that S/Sgt Earl Elmo Bagwell was crew chief for.
Earl Elmo Bagwell was born on 12 April 1921 in Georgia.1 He was the son of William Daniel Bagwell and Verlena P. McKibben. Earl Elmo Bagwell married Marguerite Barnes after 1940. He was a S/SGT as a Airplane and Engine Mechanic in the 576th Bomb Squadron, 392nd Bomb Group - Ground Crew #6, "A" Flight during World War II.

He was crew chief for a B-24 Liberator bomber called the Gravel Gripper (Serial Number: 41-28991). In went into service on July 28, 1944 and it flew an outstanding amount of missions of 59. The plane returned to the United States in June 1945. Earl Elmo Bagwell died on 1 May 1989 in Tallahassee, Leon County, Florida, at age 68.1 He was buried at Memory Gardens Cemetery, Tallahassee, Leon County, Florida.1

Virginia Bagwell is the daughter of Eugene Edward Bagwell and Della Pearl Kimsey.1