Hannah Bagwell is the daughter of Anthony Ray Bagwell and Angela Diane Dillard.

Raymond Cordell Bagwell, age 87, of Ashland City, Tennessee passed away on Thursday, October 21, 2021. Cordell was born October 10, 1934 in Cheatham County, Tennessee to the late George Emmett and Mattie Jane Shearon Bagwell. In Addition to his parents he is preceded in death by his daughter, Patricia Burton, sons, Ricky Bagwell and Jerry Bagwell and sister, Patsy Price.

Cordell loved bowling, fishing, grilling outside. He never met a stranger and was loved by everyone that knew him. He will be sadly missed by his most treasured possessions, his family.

A gathering of family and friends will be held from ten o'clock in the morning until one o'clock in afternoon on Tuesday, October 26, 2021 at Mount Olivet Funeral Home.

A Celebration of Life Service will be held at one o'clock in the afternoon on Tuesday, October 26, 2021 in Lindsley Hall of Mount Olivet Funeral Home. Interment to follow at Forestlawn Memorial Gardens in Goodlettsville, Tennessee. 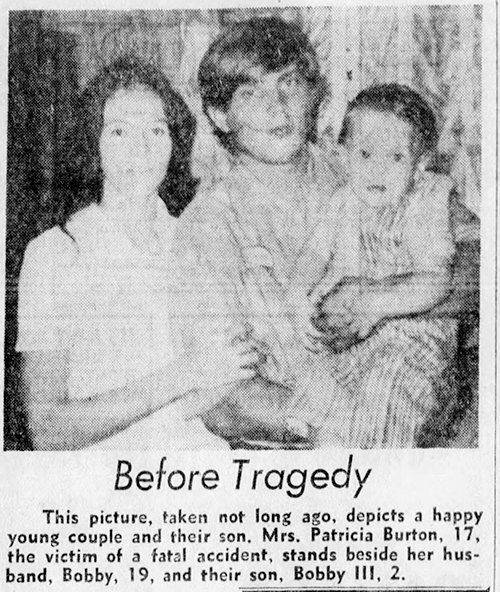 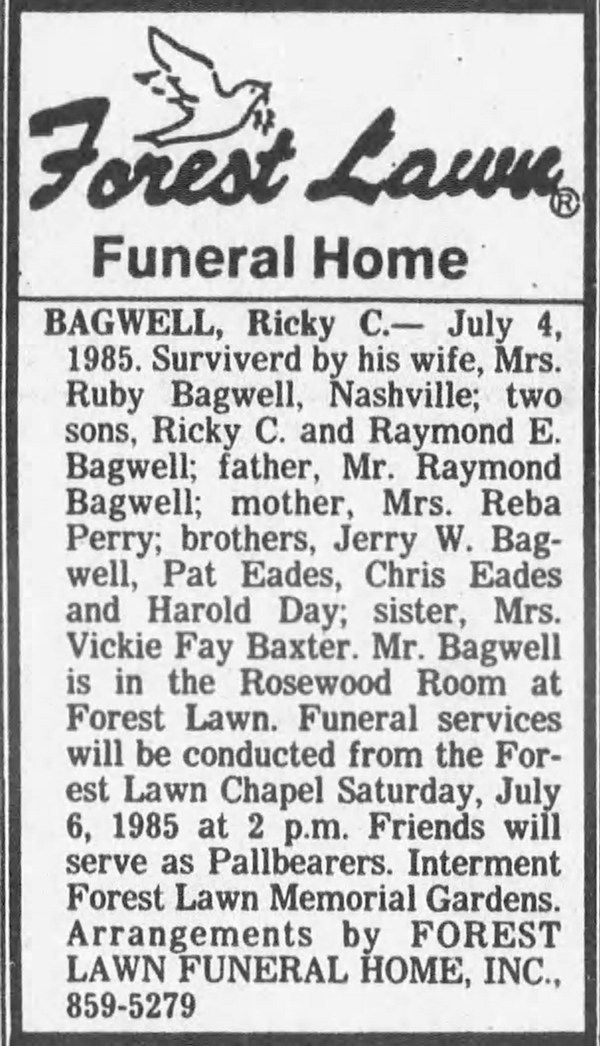 
Mr. Joe Neal Bagwell, age 78, of Commerce passed away on Sunday, October 25, 2020 at Piedmont Athens Regional Medical Center following a brief illness. Mr. Bagwell was born in Commerce to the late, Joseph H. and Sallie Mae Whitehead Bagwell. Mr. Bagwell was a member of Maysville Baptist Church and a veteran of the United States Marine Corps.

A 1960 graduate of Commerce High School, Mr. Bagwell received a Civil Engineering degree from the Georgia Institute of Technology and spent his life building houses, office buildings, and retail centers. He was a devoted Christian who spent decades serving God as a Sunday school teacher, outreach leader, and as a lay pastor for a church in an inner-city housing project in Atlanta. The Lord used Mr. Bagwell to bring many souls to Christ.

In addition to his parents, Mr. Bagwell was preceded in death by his sister Ronda Thurmond and brother, Amory Bagwell. He is survived by his wife of 56 years, Carole Fleming Bagwell of Commerce; sons, Neal Bagwell of Commerce and Erik Bagwell (Gretchen) of Monroe; grandsons, Grant and Davis Bagwell; granddaughter, Callie Beth Bagwell; brothers, Merrill Bagwell (Wanda) and Steven Bagwell (Beverly) both of Commerce.

A graveside service involving immediate family will take place at Grey Hill Cemetery. In lieu of flowers, the family request donations be made to either the Maysville Baptist Church Building Fund or the Gideons International.

Robert Bagwell is the son of Homer Franklin Bagwell and Tomiko (?)

Brenda Bagwell is the daughter of Homer Franklin Bagwell and Tomiko (?)

Teresa Bagwell is the daughter of Homer Franklin Bagwell and Tomiko (?)

Tina Bagwell is the daughter of Homer Franklin Bagwell and Tomiko (?)