M, b. 8 November 1926, d. 14 June 1991
Joseph Norman Bagwell was born on 8 November 1926 in Henderson County, North Carolina. He was the son of Walter Fate Bagwell and Lessie Mildred Middleton. He was in the US Navy during World War II. He enlisted in 7 September 1944 and was released on 17 July 1946. Joseph Norman Bagwell died on 14 June 1991 in Broward County, Florida, at age 64. He was buried at Sheperd Memorial Park, Naples, Henderson County, North Carolina.

F
(?) Bagwell is the daughter of Roy Franklin Bagwell and Nina Marie Graves.


Son of John and Mina Bagwell born and raised in Chico CA. Brother of Bea Findlay, John M. Bagwell Jr., Elsie Woolery, Lois Brummet, Earl Bagwell.
Sept. 5th, 1953 he married Wanda J. Oxford of Westwood. The wedding was in Reno, NV.
The Bagwell's made their lifelong home in Chico. Mr. Bagwell was employed by Diamond Match/Louisiana Pacific lumber mill for 36 years in Chico. Mr. & Mrs. Bagwell raised two daughters; Linda and Brenda Bagwell.
Lewis joined the U.S. Army 18 June 1946 and honorably discharged 17 June 1949. He was stationed at Ft. Eustis, VA; his duties included Basic Training, Technical Training, Duty Soldier and Baker. He attained the rank of Corporal and was awarded medals for Marksman, Carbine, Machine Gun, Sharp Shooter and Rifle.
Mr. Bagwell is preceded in death by his parents, his wife Wanda, the above mentioned 5 siblings and his daughter Linda.
Lewis's hobbies included motorcycle riding, model airplane building, riding along with the Serendipity Corvette friends. He enjoyed table games and yard games and welcomed everyone that would join him as a partner or a competitor. He enjoyed patronizing local restaurants for his morning breakfasts and meeting up with friends there.
He is survived by his daughter Brenda, two grandchildren: Melody Greer of Antioch and Kevin Bagwell of Topeka KS, one great-granddaughter Kailani Greer of Fairfield CA, many nieces and nephews and a plethora of friends. He was blessed with love from all that knew him and rejoiced in their company.
A military graveside service is planned for January 25, 2023 at the Veteran's Court of Honor, Glen Oaks Memorial Park, Hegan Ln & Midway, Chico CA at 11am; followed by a Celebration of Life at Calvary Chapel 1888 Springfield Dr. Chico.
Lewis had asked that in lieu of flowers, donations to St. Jude Children's Research Hospital be made at StJude.org "In Memory of Lewis Bagwell".
His family and friends send many thanks to the caring staff at Enloe, Arbor Post Acute Care and Butte Hospice.


Richard Earl Bagwell, 86, passed away Wednesday, September 19, 2018 at the Orchard View Senior Care in Chico, California after putting up a good fight.

A lifelong resident, Earl attended Chico schools and as soon as he turned 19, he enlisted in the Air Force serving from 1951 to 1954 during the Korean War. He trained as an auto mechanic and was stationed at Ladd Air Force Base in Fairbanks, Alaska. Before enlisting he worked in the orchards in Dairyville and after his discharge he worked for Diamond Match Lumber Company for 5 years. After working for a fence company in Orland, with his knowledge of fence building he began a 25 year career working for Wolford, J. F. Shea, Modern Alloys and retired from M Bumgardner Inc. as a labor foreman.

Earl met and married LaVerda Brown in December 1959. They built their house on Godman Avenue, working on it as they saved enough money to do each phase. The children remember living there with subflooring and cold air coming through the boards, but he never had a mortgage and owned it free and clear.

When Earl married LaVerda, he also married a family of four children. He loved and provided for them as though they were his own. He spoiled his grandchildren and aggravated them as they played board and card games with him and LaVerda. Earl loved to garden, do jigsaw puzzles, play board and card games, go fishing and camping and watch football and NASCAR on TV.

A graveside service will be held Monday, September 24 at the Glen Oaks Cemetery with a family get together after. Earl had a very giving heart and donated to many charities so the family asks in lieu of flowers, donations can be made to Veterans of Foreign Affairs (VFW), Macular Degeneration Research or the Work Training Center on Fair Street in Chico.2 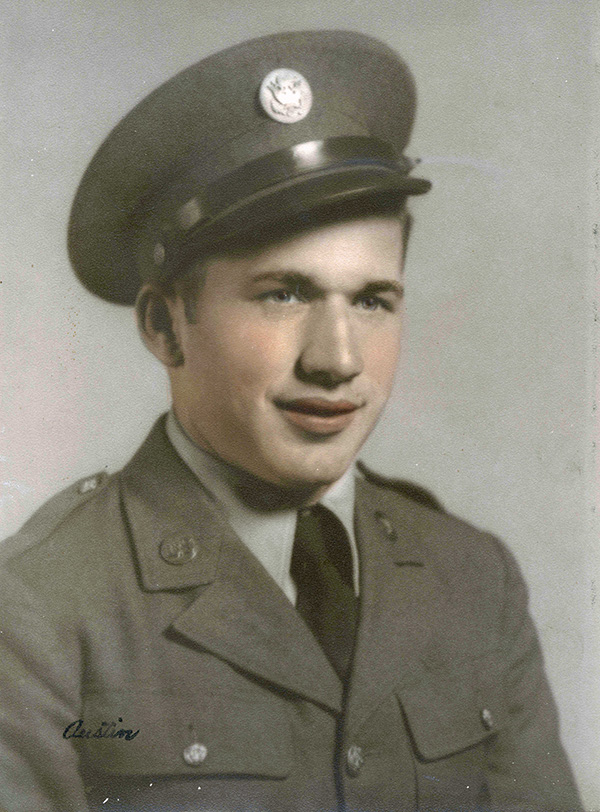 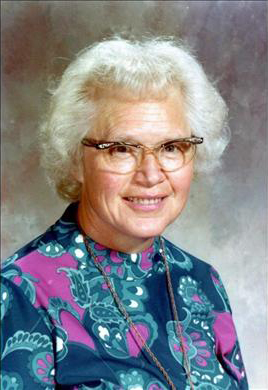 Jessie Beatrice "Bee" Findlay (Bagwell)
Published Published in Chico Enterprise-Record on March 8, 2015
Jessie Beatrice Bagwell also went by the nickname of "Bee".1 She was born on 13 February 1918 in Kellerman, Tuscaloosa County, Alabama.1 She was the daughter of John Marion Bagwell and Jettie Beatrice Switzer.2 Her married name was Jesse Beatrice Findlay.1 Jessie Beatrice Bagwell married Robert "Bob" Findlay circa 1938.1 Jessie Beatrice Bagwell lived in 2012 in Redding, Shasta County, California.1 She died on 20 February 2015 in Chico, California, at age 97 BEATRICE "BEE" FINDLAY Beatrice "Bee" Findlay passed away peacefully, surrounded by Family, on February 20, 2015. She was 97 years old. Born on February 13, 1918 to Jettie and John Bagwell in Kellerman, Alabama, she moved to Chico with her Family in 1920. She attended Chico Public Schools and graduated from Chico High School in 1936. She earned two degrees from Chico State College. On July 2, 1938, Bee married "The Love of her Life," Robert "Bob" Findlay. Bob and Bee had two children: Ronald Gary and Margaret Ann, four grandchildren, and twelve great-grandchil-dren. They celebrated 62 years of marriage before Bob passed away in August, 2000. Bee was a Kindergarten and First Grade teacher in the Chico Public Schools from 1953 until 1973. She started at Linden School and finished at Parkview School. After Bee retired from teaching and Bob retired from Pacific Telephone, they spent 23 years owning and managing a horse boarding ranch in Chico. They also owned, bred and showed Arabian horses. Bee and Bob were dedicated members of Calvary Chapel in Chico for many years. They were also active in Cal Norte Arabian Horse Association. Bee's professional organizations included Delta Phi Upsilon, Honorary Fraternity for Early Childhood Education, and Delta Kappa Gamma, Honorary Fraternity for Educators. Bee is survived by her two children: Margaret Smith (Sam) and Ronald Findlay (Lynda); her four grandchildren, and her twelve great grandchildren. She is also survived by two of her brothers: Lewis Bagwell and Earl Bagwell, both of Chico, and several wonderful nieces and nephews and grand-nieces and grand-nephews. She was predeceased by her parents, John and Jettie Bagwell, her Stepmother, Mina Bagwell, her Brother John, and her Sisters Elsie Woolery and Lois Brummett. Bee will be remembered as a wonderful teacher, a devoted mother and grandmother, a favorite aunt, an outstanding cook and baker, a gifted gardener, an avid reader, an enthusiastic picnic participant, a horse and cat lover, a dedicated student of the Bible, and a faithful Christian. A Memorial Service will be held on Saturday, March 21, at Calvary Chapel in Chico, at 11:00 A.M. The address is 1888 Springfield Dr. Chico 95928. A Reception with food will follow the Service. All who knew Bee are welcome. - See more at: http://www.legacy.com/obituaries/chicoer/obituary.aspx?n=beatrice-findlay-bee&pid=174345781#sthash.RuLWDw9N.dpuf.1 She was buried on 21 March 2015 at Calvary Chapel, Chico, Butte County, California.1

Brenda Bagwell is the daughter of Alva Lewis Bagwell and Wanda Jane Oxford. 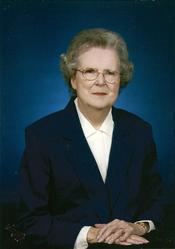 Clara Mae (Bagwell) Wilson
Clara Mae Bagwell was born circa 1924 in Mississippi. She was the daughter of Lee Duffy Bagwell and Versie Virginia Adams. Clara Mae Bagwell married Ted R. Wilson on 10 October 1944 at Camden, Ouachita County, Arkansas. Clara Mae Bagwell died on 15 August 2011 in Camden, Arkansas, Clara M. Wilson, age 87 of Camden, AR passed away Monday, August 15, 2011. She was born September 10, 1923 to Lee and Versie Adams Bagwell in Ackerman, MS. She was a member of Cullendale First Baptist Church. She was a devoted housewife, mother and grandmother.

Mrs. Wilson was preceded in death by her parents; brothers, Buck and Burnell Bagwell; and sister, Virginia.

Funeral services will be 10:00 AM Thursday, August 18, 2011 at Proctor Funeral Home with burial in Memorial Park Cemetery. Jimmy Burks and Phillip Salmon will officiate the services. Visitation will be from 6:00 to 8:00 PM Wednesday at the funeral home. Memorials may be made to Cullendale First Baptist Church. She was buried at Memorial Park Cemetery, Camden, Arkansas.

F, b. 18 June 1930, d. 17 May 2013
Carmen Samano was born on 18 June 1930 in San Antonio, Bexar County, Texas.1 As of circa 1949,her married name was Bagwell. She married Charles Burton Bagwell, son of Lee Duffy Bagwell and Versie Virginia Adams, circa 1949. Carmen Samano died on 17 May 2013 at age 82 San Antonio Express-News (TX) - Monday, May 20, 2013
Deceased Name: BAGWELL CARMEN
Carmen S. Bagwell age 82 of San Antonio died Friday May 17 2013. She was preceded in death by her parents and loving husband Charles Bagwell. She is survived by her son Charles B. Bagwell Jr. and wife Sandra daughter Catherine V. Foucher and husband Christophe son Joseph G. Bagwell and wife Darla; grandchildren Matthew Victoria and her husband Nate Brittany great-grandson George; great-granddaughter Lilliana. Visitation will be on Monday May 20 2013 from 6pm-8pm at Porter Loring on McCullough. SERVICE TUESDAY MAY 21 2013 9:00 A.M. PORTER LORING CHAPEL Entombment at 10:45 a.m. at San Fernando Cemetery II. You are invited to sign the guestbook at www.porterloring.com.1 She was buried at San Fernando Cemetery #2, San Antonio, Bexar County, Texas.