Jodi Bagwell is the daughter of William Larry Bagwell and Lori Jayne Jefferson.

F, b. 2 February 1916, d. 9 August 1995
Gordie Beatrice Dowell was born on 2 February 1916. As of after 1933,her married name was Bagwell. She married Allen Andrew Bagwell, son of Samuel William George Bagwell and Nancie Carolyn Saterfield, after 1933. Gordie Beatrice Dowell died on 9 August 1995 at age 79. She was buried at Spring Hill Cemetery, Nashville, Davidson County, Tennessee.

Children of Clara May Reed and Horace Ray Bagwell 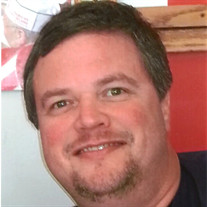 Tab graduated from Briarcrest Christian School and attended the University of Mississippi. Tab never met a stranger and could always make people feel at ease in any situation. He was a man's man who loved the outdoors, hunting, fishing, watching Ole Miss sports, or taking his two best friends, PJ and Daisy, running every day. His big deep voice will forever be in our hearts, hearing him say, "I'm your huckleberry" or a loud Hotty Toddy.

Maxie was born in Sturgis, MS and moved to Memphis, TN with Hugh when they were newlyweds. She helped him run Central Plumbing Company for nearly 20 years. Her next career was with MCR Safety for over 20 years, touching the lives of many customers and friends along the way. Maxie was a member of South Woods Baptist Church and enjoyed taking care of the children in the nursery. She was dedicated to Christ and her church, and it showed in how she lived her life. She was devoted to her family and was incredibly proud of her grandson, Hudson. Maxie had such a giving heart and never missed an opportunity to help someone. She will be truly missed by everyone who knew her.


She was buried on 25 August 2021 at Sturgis Cemetery, Sturgis, Oktibbeha County, Mississippi.

Max Hunter Bagwell is the son of Hugh Tabor Bagwell and Maxie Hunt. 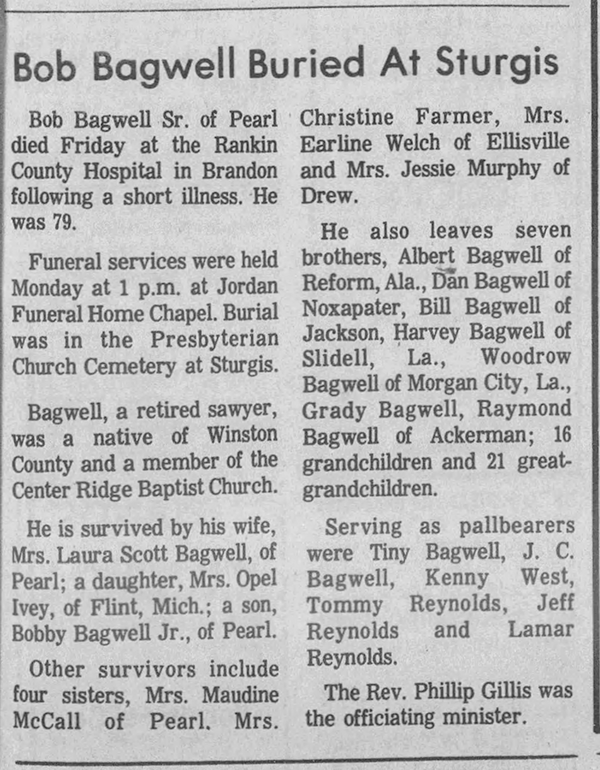