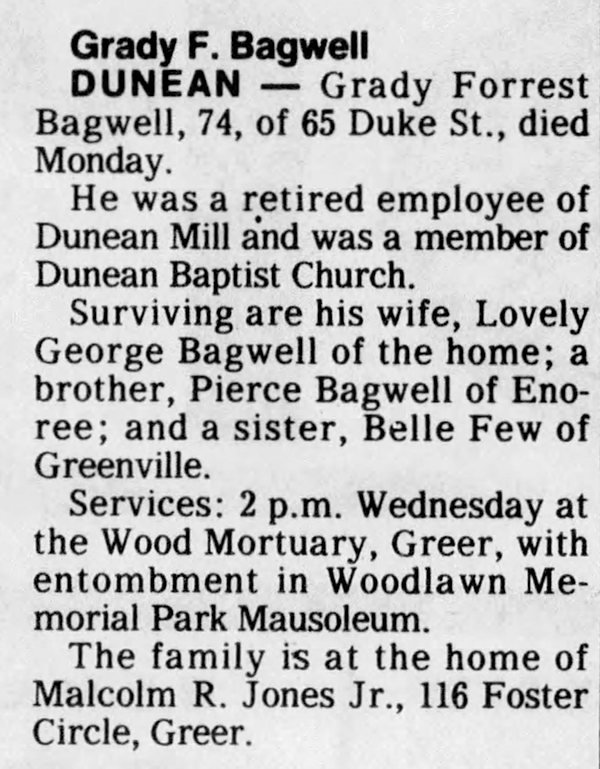 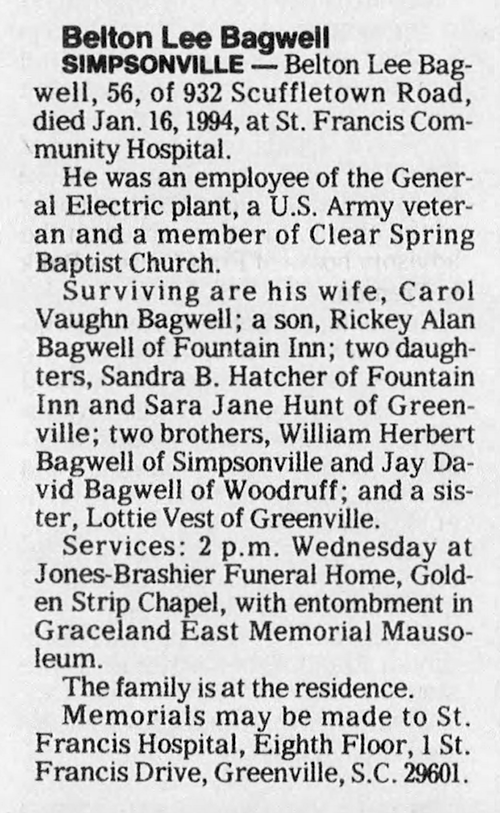 Ann B. Bagwell is the daughter of Robert Curtis Bagwell and Alethia Mae Dill.

Born April 27, 1928 in Pelham, Spartanburg, SC, he was the son of the late John Tee and Della Bagwell. He was predeceased by his late wife, Addie Lee "Terry" Bagwell, and step-son, Jack Marion Pepper.

He was retired after serving twenty-three years in the military as an SSG-E7 Army Sergeant Master Chef. [He also served in Korea and Vietnam war]. He was a member of Light House Baptist Church, Taylors, SC.