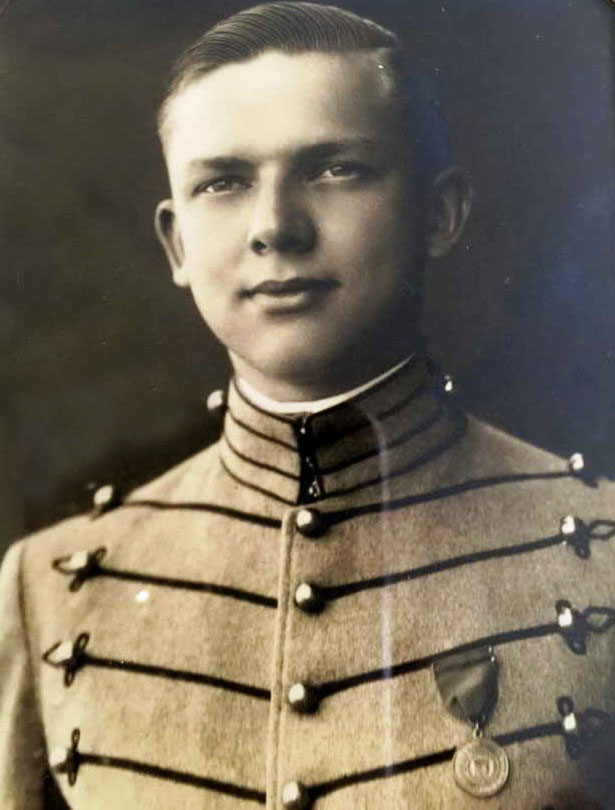 Lieutenant Jack Bagwell
Lieutenent Jack M. Bagwell was born on 6 June 1914 in Atlanta, DeKalb County, Georgia. He was the son of John Oscar Bagwell and Daisy Etta Eckert. Lieutenent Jack M. Bagwell married Mary C. George, daughter of Elmer Leonadas Philpot, before 1939. He served as a Lieutenant in the US Navy. Lieutenent Jack M. Bagwell died on 27 December 1985 in Redondo Beach, Los Angeles County, California, at age 71
Jack M Bagwell was born June 6, 1914 in Atlanta, De Kalb County, Georgia to John Oscar and Daisy Etta (Eckert) Bagwell. His father died when he was five years old and he was raised by his mother and step-father, Elmer Leonadas Philpot.

Jack married Mary C George bef 1939, probably in Marietta, Georgia. They were the parents of one known child, a son named Morgan.

In 1935, Jack was living in Marietta, Cobb County, Georgia.

In 1940, Jack and Mary were living in Chattanooga, Tennessee where he was a Superintendent for an Insurance Company. The 1940 Census shows he had three years of college education.

In 1954, Jack and Mary were residents of San Mateo, California.

M, b. 20 March 1913, d. 13 January 1998
Carl Bagwell was also known as Karl Marx Bagwell. He was born on 20 March 1913 in Ardmore, Oklahoma. He was the son of Asbury Alspaugh Bagwell and Mary Ratcliffe. Carl Bagwell married Elizabeth Rowena Campbell on 20 March 1938 at Benton County, Arkansas. He served in the US Army 91st infantry division and trained troops in GA. He Europe during World War II and he was front line infantry. He went to law school and practiced law in Tulsa and Oklahoma City, Oklahoma. Carl Bagwell died on 13 January 1998 at age 84. He was buried at Memory Lane Cemetery, Anadarko, Caddo County, Oklahoma.

F
Kathleen Bagwell is the daughter of Asbury Alspaugh Bagwell and Mary Ratcliffe.

F
Eugenia Bagwell is the daughter of Asbury Alspaugh Bagwell and Mary Ratcliffe.

He was a Ball Turrent Gunner, in the B-17 Flying Fortress. He was assigned to the 358th Bomb Squadron, 303rd Bomb Group.

The 303rd Bombardment Group (Heavy) was activated on 3-Feb-1942 at Pendleton Field, Oregon. They assembled at Gowen Field, Idaho on 11-February 1942 where it conducted flight training until 12-Jun-1942. The Group then moved to Alamogordo Field, New Mexico for advanced flight training until 7-August-1942 when it moved to Biggs Field, Texas to prepare for deployment overseas. The ground echelon moved to Fort Dix, New Jersey on 24-August-1942 and sailed for the UK aboard the Queen Mary on 5-September-1942 arriving at Greenock, UK on 10-September-1942. The air echelon flew to Kellogg Field, Michigan and then on to Dow Field, Maine to begin deployment to England. The Group finally assembled at Molesworth and flew its first combat mission on 17-Nov-1942.

F, b. 5 May 1928, d. 3 February 1999
Sachiko Kumagaie Lang was born on 5 May 1928.1 She was a Staff Sergent in the United States Marine Corps.1 She married Clayton R. Bagwell, son of Asbury Alspaugh Bagwell and Mary Ratcliffe, on 20 July 1969 at San Bernardino, California. Sachiko Kumagaie Lang died on 3 February 1999 at age 70.1 She was buried at Riverside National Cemetery, Riverside, Riverside County, California.1

Chief Bagwell served in World War II in the Navy on the USS Pinkney in the South Pacific. He continued his military career serving with the Tennessee Air National Guard 118th Tactical Hospital for 35 years, retiring in 1984.

He was buried at Woodlawn Memorial Park and Mausoleum, Nashville, Davidson County, Tennessee.2

F, b. May 1888
Maud Bagwell was born in May 1888 in Tennessee. She was the daughter of John Henry Bagwell and Maloney 'Lona' Booher.

Living at 727 Merritt Street in Nashville, Dicie was 58 years old and married when she died at home, cause unknown, on January 20, 1950. Burial was three days later in Woodlawn Cemetery, Nashville.


Much of the above is from her Death Certificate, with Elijah Bagwell of 727 Merritt Street as the informant.1