Children of Maudie May Lamb and Jack C. Bagwell

F, b. 8 October 1932, d. 3 May 2007
Marguerite Germaine Andrews was also known as Germaine Marguerite Andrews. She was born on 8 October 1932. As of after 1946,her married name was Bagwell. She married Dallas Maryland Bagwell Jr., son of Dallas Maryland Bagwell and Nobie Estelle Webb, after 1946. Marguerite Germaine Andrews died on 3 May 2007 at age 74. She was buried at Fort Logan National Cemetery, Denver, Denver County, Colorado.

She was born on December 2, 1922 in Saint James, Arkansas to Cora Greenway and Stanley Younger.

It was in Arkansas that she got her education, married and had two of her children.

Sonja's family moved to Texas in 1957, and it was there that she gave birth to her last child.

She was a member of Temple Baptist Church.

Sonja was preceded in death by her mother and father, her brother Boyce, her husband John Manning, and daughter Jama Davis, and twin sister Melvene Williams.

She also leaves behind two sisters' Elsie Davis and Pauline Reeves, Brother Sam Younger and many nieces and nephews.

Sonja's family was her joy, and she will be missed greatly but her family knows that they will see her again in her new home in Heaven where her body will once again be whole.

The family will be having private services and requests in Lieu of flowers, donations would be made to: Hospice of Midland.

Published in Midland Reporter-Telegram on February 6, 2007.

She was a member of Davis Memorial Baptist Church.

Children of Leslie B. Brandon and Edgar Andrew Bagwell

F, b. 13 March 1945, d. 20 January 2016
Nell Gwen Bagwell was born on 13 March 1945 in Booneville, Logan County, Arkansas. She was the daughter of Elmer Ray Bagwell and Sonja Marvene Younger. Nell Gwen Bagwell died on 20 January 2016 in Texas at age 70 January 20, 2016 Nell Gwen Bagwell, 70, of Midland, died Wednesday, January 20, 2016, after a long battle with cancer. She is survived by her beloved nephew, Chad Venters. Also surviving is her brother, Jack Bagwell, his wife Dixie; their three daughters, Robin Grosse, her husband David, and their children Jonathan and Brian Grosse and their wives; Jacque Bagwell; Samantha Blackwood and her husband Jeff and their children, Baylee and Daegan Blackwood. Preceding her in death were her mother, Sonja Marvene Manning; father, Elmer Ray Bagwell; and sister, Jama Dell Venters. Gwen was born March 13, 1945, in Boonville Arkansas to Sonja Marvene Manning and Elmer Ray Bagwell. She then proceeded to move to Midland in 1957 where she lived for 59 years. In Midland, she owned and operated a quaint beauty shop that she held dear to her heart. She loved each one of her customers and made sure to give them the best experience she could. She found joy in cooking, and would often make meals for those in need. She also enjoyed gardening and yard work. Any stray pet that found its way to Gwen's house was welcomed with love, warmth and food. She had a heart of gold. Gwen accepted Jesus as her Savior at Temple Baptist, along with her mother and sister. In later years, she attended Ranchland Heights Baptist Church. Even in her last days, she put everyone else's needs above her own. She lived out the words of Philippians 2:3 which says, "Do nothing from rivalry or conceit, but in humility count others more significant than yourselves." Gwen truly had a servant's heart. We rejoice knowing that Gwen is now in heaven with her Maker. Gwen will be missed by many, but never forgotten. She touched the hearts of everyone she came in contact with and left them better than she found them. Gwen's family would like to thank Senior Care Rehabilitation and Hospice of Midland for taking care of her in her last days. They would also like to thank her dear friends Jeanette Cockrell, Abby Garrett, Betty Kirby, and all of her beloved customers for the love and support they showed her. There will be no services held, as per Gwen's request.
Published in Midland Reporter-Telegram on Jan. 31, 2016. 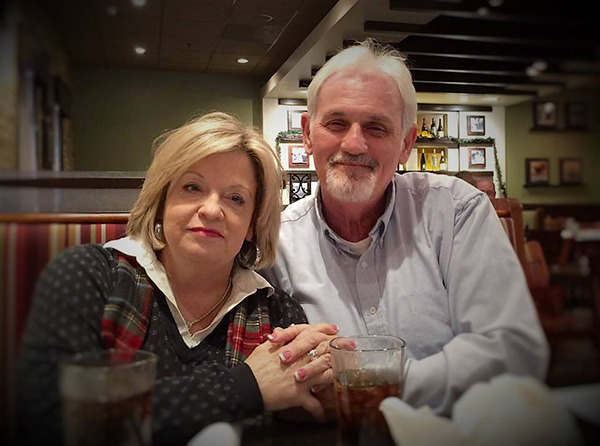 Joseph served his Country with the US Air Force and was a member of UAW #1482. He was a machinist for McDonald Douglas Aircraft Manufacturing. Joseph never complained, was a kind hearted and stubborn man, yet gentle and would give you the shirt off his back if necessary.


Ruth Elaine Bagwell Pridemore, was born June 22, 1937, her parents were Frank and Annie Bagwell, She was the youngest of four children. Her siblings are Buddy, Joe, and Adele. Joe passed away last year. She didn‘t like her first name Ruth, so she was known as Elaine. Lainie was her nickname by her husband Daniel who she married on July 17, 1955. But she was also known to Daniel as ma, wife, lover, friend, square dance partner, and mother to their children Donald and Janice. Their first child George was miscarried at 5 months. Elaine was raised in Brevard NC. Her parents owned Bagwells Groceries on their property, where she helped. But later Daniel and Elaine moved to Florida where they raised their children. Between Donald and Janice, they had 9 grandchildren, and 18 great grandchildren, including baby Daniel who went to be with the Lord shortly after he was born. Together, Daniel and Elaine helped to raise Kevin and Karl, and they remained an important part of their lives. Elaine was known as second mother to most. Kids in their neighborhood loved and admired her almost as much as her own family did. During their earlier years Daniel and Elaine enjoyed square dancing with his clogging team the Country Swingers and the famous Gene Christian band, and many of their friends. Elaine managed to squeeze in getting her nursing degree, and helped to care of many patients in private home care, and she worked in the cardiac wing in Baptist hospital. Her family belonged to the Church of God and in her early life she accepted the Lord and never forgot her faith. Elaine was quite crafty and talented, she refurbished old furniture, made candles from scratch, dabbled in playing the piano, loved to fish, loved collecting dolls, and knick knacks, loved to sit on the farmhouse porch overlooking their property and "yacking" with Hoover, and friends and family, whoever stopped by. She loved country western shows, and music, she loved reading novels, she was an animal lover, she had many cats and dogs. So many beautiful memories from her life on this earth. Elaine will be greatly missed. Rest sweetly in the arms of Jesus Ma.

A funeral service will be held 11:00 AM Wednesday, November 23rd at the Chapel In The Pines of Jackson Funeral Service with Pastor Kevin Pridemore and Pastor Ken Mason officiating. Burial will follow at Holly Springs Cemetery. The family will receive friends one hour prior to the service in the chapel.