F, b. circa 1847
Mary Florence Bagwell was born circa 1847 in Illinois.1 She was the daughter of John Thomas Bagwell and Drucilla Sproule.

M, b. May 1857
Arthur H. McCawley was born in May 1857 in Illinois. He married Nancy Jane Bagwell, daughter of John Thomas Bagwell and Drucilla Sproule, on 23 June 1878 at Clay County, Illinois.

F, b. 2 September 1913, d. 9 January 2010
Edna Sligh was born on 2 September 1913 in Waco, McLennan County, Texas. As of 1942,her married name was Bagwell. She married Ewell Hayden Bagwell, son of Thoms Belton Bagwell Sr and Katherine Louise Kennedy, in 1942. Edna Sligh died on 9 January 2010 at age 96 Edna Sligh Bagwell, 96, passed away Saturday, Jan. 9, 2010.
Funeral: 1:30 p.m. Wednesday in Greenwood Chapel. Entombment: Greenwood Mausoleum.
Edna Bagwell was born Sept. 2, 1913, in Waco. She received her degree in education from North Texas State University. She was a longtime, much-loved and respected elementary teacher in the Fort Worth school system, where she taught the grandchildren of many of her former students. Her first teaching job was in a two-room school in Hay Branch. Edna also taught in the Waco State Home and the School for the Blind in Austin. In 1942, prior to marrying her late husband, Ewell H. Bagwell, she returned to teaching. Edna was a longtime member of Ridglea Baptist Church and also was a member of the Fort Worth Chapter of Delta Kappa Gamma.
Edna was preceded in death by her parents, James E. and Mary Sligh of Temple; sister, Gladys Martin, of Temple; and niece, Mozelle Morrison, of Alpine.
Survivors: Niece, Margarette Covington, of Houston; and grandnephews, Phillip Covington, of Houston, Lawrence Morrison, of Fort Worth and Sammy Morrison, of Midland.
Published in Star-Telegram on January 12, 2010. She was buried at Greenwood Memorial Park and Mausoleum, Fort Worth, Tarrant County, Texas. 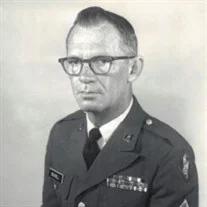 
Carl Nealon Bagwell of Laurel, passed away on Thursday, July 9, 2020 at the age of 85.
Mr. Bagwell was born in Zita, Texas on December 5, 1934 to William Leroy Bagwell and Ina Pearl Ashcraft Bagwell. He was retired from the Unites States Army after 25 years of service, ending his career as a Command Sergeant Major. He was a resident of the Shady Grove Community since 1978.
His wife of 53 years, Vernice Sharp Bagwell preceded him in death on September 3, 2009.
He leaves behind nieces and nephews and one special friend, Mr. Bob.
Graveside services will be held at Lake Park Hills Cemetery at 10 a.m. on Tuesday, July 14, 2020.
Pallbearers will be Raymond Smith, Terry Firment, Charles Hollingshead, and family members.
To sign the online guest book, visit www.memorychapellaurel.com.

F, b. 1 July 1929, d. 18 January 2015
Eda Teresa "Deede" Robertson was born on 1 July 1929 in Alabama. As of after 1948,her married name was Bagwell. She married Royal Junior Bagwell, son of Mitchell Hughes Bagwell and Martha Carolyn Howell, after 1948. Eda Teresa "Deede" Robertson was buried at Guedry Cemetery, Batson, Hardin County, Texas. She died on 18 January 2015 in Beaumont, Jefferson County, Texas, at age 85.

F, b. February 1864
Francis R. Thompson was also known as Francis Caldwell. She was born in February 1864 in Tennessee. As of 1891,her married name was Bagwell. She married Jacob Bagwell, son of Henry Bagwell and Lucy Thompson, in 1891.

F, b. June 1892
Almeda Jean Bagwell was born in June 1892 in Tennessee. She was the daughter of Jacob Bagwell and Francis R. Thompson.


John Bagwell was born on December 7, 1894 in Tennessee, the son of Jacob Bagwell and Frances (Caldwell) Bagwell.

A janitor for Lowe & Campbell and living at 1033 18th Avenue North in Nashville, he was 60 years old and a widower when he died of bilateral pulmonary edema at Meharry Hubbard Hospital on July 7, 1955. Burial was six days later in Greenwood Cemetery, Nashville.

The above is from his Death Certificate, with his daughter at 1033 18th Avenue North as the informant.1


He was buried at Greenwood Cemetery, Clarksville, Montgomery County, Tennessee.1

M
Elma Bagwell is the son of Jacob Bagwell and Francis R. Thompson.