Odette L. Bagwell, 88, of Mount Carmel, IL passed away on Monday, October 3, 2016 at Deaconess Hospital in Evansville, IN surrounded by the love of her family. She was born on June 6, 1928 in Paris, France the daughter of Adrien and Germaine (Levezer) Brierre. Odette married Robert L. Bagwell and he preceded her in death in 1995.

Odette was a loving wife, mother and grandmother. She was a wonderful homemaker and treasured her family especially her grandchildren who held a special place in her heart. Among her hobbies, Odette loved tending to her garden and flower beds. She also enjoyed quilting and french reweaving. Odette was a devout Catholic and a member of St. Mary’s Catholic Church. She was a very loving and caring person. She will be missed by her family and all who knew her. 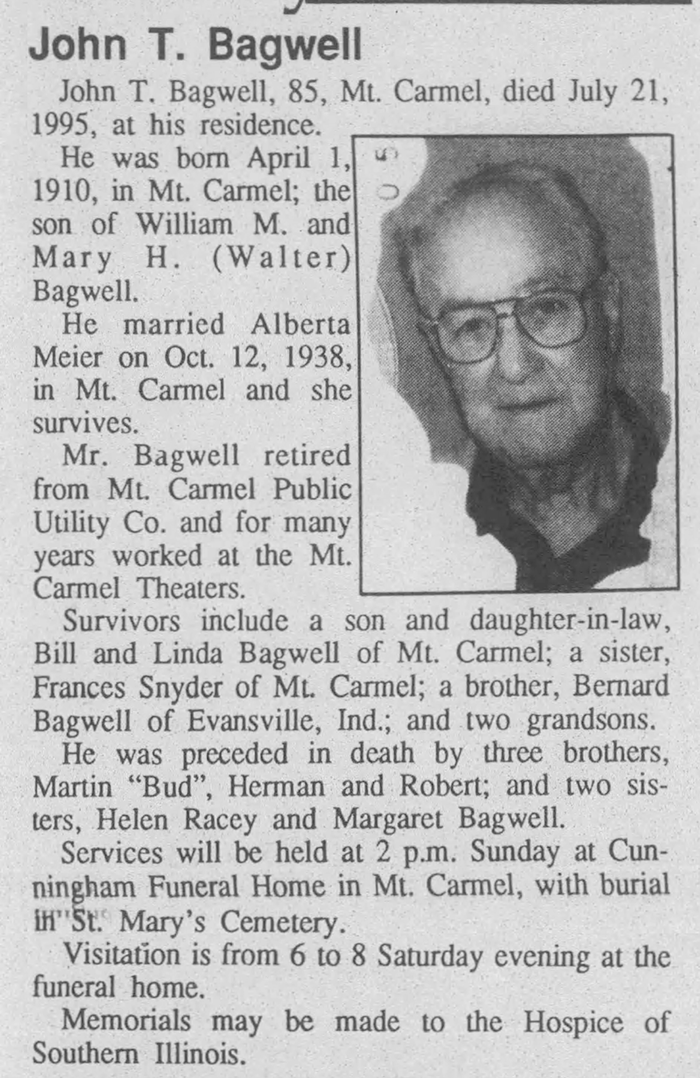 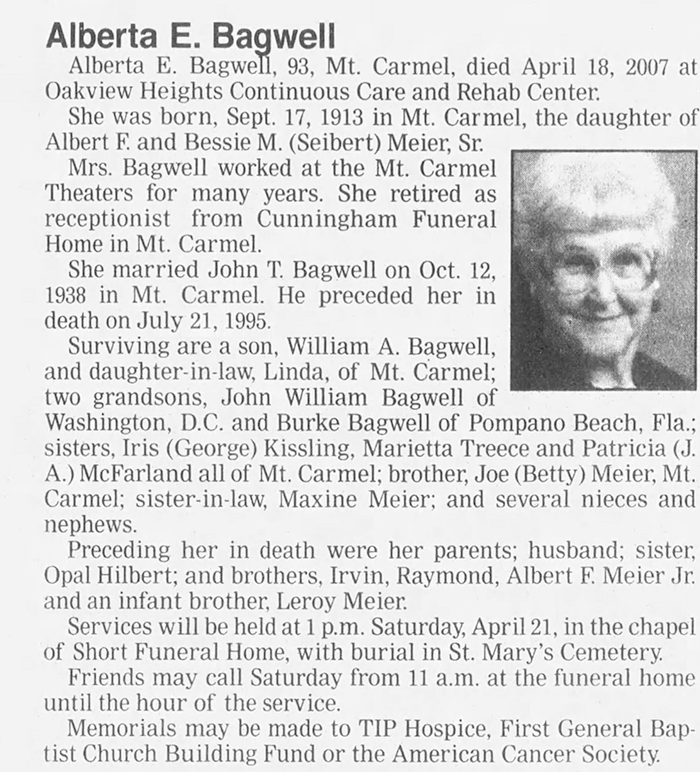 Children of Horace Ray Bagwell and Clara May Reed