F, b. 22 August 1930, d. 9 March 1996
Leila Irene Brown was also known as Lelia Irene Broen. She was born on 22 August 1930 in Elbert County, Georgia. She married Garnett Ralph Bagwell, son of Homer Lester Bagwell Sr. and Mentora May Worley, on 20 June 1956 at Greenwood County, South Carolina. As of 20 June 1956,her married name was Bagwell. As of before 1996,her married name was Gullet. Leila Irene Brown married (?) Gullet before 1996. Leila Irene Brown died on 9 March 1996 in Cuyahoga County, Ohio, at age 65. She was buried at Riverside Cemetery, Cleveland, Cuyahoga County, Ohio.

M
Sonny Bagwell is the son of Garnett Ralph Bagwell.

M
Tony Bagwell is the son of Garnett Ralph Bagwell. 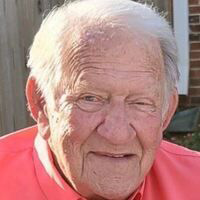 
James Robert "Jim" Bagwell, affectionately known as "Poppie" went home to be with Jesus on Sunday, May 16, 2021 at his home surrounded by his children, grandchildren and great grandchildren, who he loved and loved him dearly. He was the widower of Paitie Coggins Bagwell, who died in 2019.

He was born on March 7, 1937 in Spartanburg to the late Leroy and Julia Mooneyham Bagwell. Jim was a member of Boiling Springs First Baptist Church. Jim was saved at the age of 13 at Arcadia Baptist Church. He was a graduate of Fairforest High School in 1956, and was retired as a district sales manager for Jefferson Pilot Life Insurance. He also worked with Life of Virginia, People's Security and Home Security Insurance companies. He also served in the Army National Guard from 1959 to 1962.

Visitation will be held on Wednesday, May 19, 2021 from 6:00 to 8:00 p.m. at Eggers Funeral Home of Boiling Springs. Funeral services will be conducted on Thursday, May 20, 2021 at 2:00 p.m. at Boiling Springs First Baptist Church officiated by Rev. Alan Bagwell, Rev. Dr. Hank Williams, Rev. Bobby Lindsey, and Rev. Scott Linnerud. Interment will be in Good Shepherd Memorial Park.


He was buried on 20 May 2021 at Good Shepherd Memorial Park, Boiling Springs, Spartanburg County, South Carolina.1