After graduating from Webber Township High School in 1938, he attended McKendree and Oakland City College where he received his Bachelor of Arts Degree. Dale joined the Army in 1943 where he proudly served in the Engineers Division, Company B, and 6th Battalion during World War II. His tour of duty took him to the Pacific Southwest New Guinea where he earned a Bronze Battle Star, four overseas service bars, and a Victory medal before being honorably discharged as a Tech 5 in 1945. He later obtained a Master's Degree in Education from Milliken University. His professional career encompassed many facets in the education field before his retirement in 1979; teaching, coaching basketball and track and field, as well as Principal and Superintendent throughout the state of Illinois.

Visitation will be held from Noon until Service Time 2:00 P.M. Sunday, June 22, 2014 at Hughey Funeral Home in Mt. Vernon, IL with the funeral immediately following visitation, with Chaplain Ernie Collins officiating. Burial with Full Military Honors conducted by members of Mount Vernon American Legion Post #141 will be at the East Hickory Hill Cemetery in Bluford, IL.

For those who wish, memorials may be given to the Hospice of the Good Samaritan and will be accepted at the funeral home or mailed to Hughey Funeral Home, P.O. Box 721, Mount Vernon, Illinois 62864. 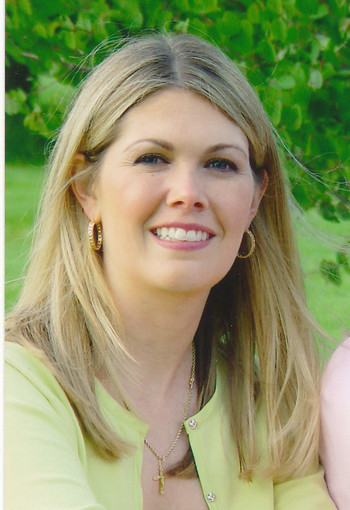 Mary Jean Lauzon was born on 19 February 1973 in Michigan. As of circa 2005,her married name was Bagwell. She married Brian Joseph Bagwell, son of Dennis Dwyte Bagwell and Patricia M. Quinn, circa 2005. Mary Jean Lauzon died on 18 November 2018 at age 45


Obituary
BAGWELL, Mary J., age 45, of Brownstown Township, November 18, 2018. Beloved wife of Brian Bagwell. Loving mother of Austin Bagwell. Cherished daughter of James (Renee) Lauzon and Rose (Tom) Grzeskowiak. Dear sister of Cheryl (Rob) Weiland, Lindsay Lauzon, Tracy (Ted) Rockett and Tricia (Chuck) Micallef. She was preceded in death by her grandparents Melvin and Helen White and grandmother Genevieve Lauzon.
Mary was a devoted wife to her husband Brian for over 13 years. Mary and Brian met during a union election at Ford Motor Company and they were introduced to one another by her Mom. Mary loved Brian deeply and was treated as a princess by Brian. Mary knew that she was blessed to have Brian as her partner and for the love and care he gave her. She was a wonderful mother to her son Austin. Mary loved to make lasting memories with Austin and the other special people in her life, she would often plan several events and activities each day. She was a talented scrap booker and she made many scrapbooks for Austin and her family. Mary would put her heart into each book so the reader could also experience the memory given her meticulous attention to detail. Spending time with family was very important to Mary. Mary enjoyed having parties and dinners at her house. Christmas was always a favorite time for her and she would shop year round to make sure she had plenty of time to find everyone the perfect gift. Mary was constantly surrounded by family, several lifelong friends and neighbors. She always made time for all of the special people in her life. Mary will be missed by her feline friends Peanut and Snowy. Mary has an impressive educational and professional background. She worked very hard to achieve both her bachelor’s degree and MBA from Madonna University, while working fulltime at Ford Motor Company. Mary was a skilled electrician and a licensed Master Electrician with the State of Michigan. Mary’s constant kindness and care towards others is appreciated by many. Mary was overwhelmed with the generosity she received by others during difficult times. Mary’s smile and good natured spirit is unforgettable and she was proud to be called a wife, mother, daughter, sister, sister in-law, godmother, aunt, cousin, neighbor, friend and coworker. 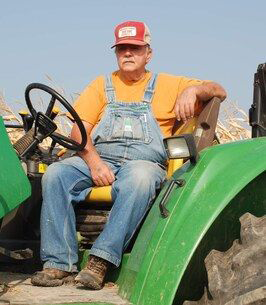 Ross N. "Raems" Bagwell
Photograph courtesy of Michael Rea (Find-A-Grave)
Ross N. Bagwell was also known as Reams Bagwell. He was born in May 1942.1 He was the son of Glenn Zander Bagwell and Lorena Lewis.1 Ross N. Bagwell married Pamela Jane Smith on 14 July 1963 at Elizabethtown, Illinois. Ross N. Bagwell lived in 1992 in Dover, Tennessee.1 He died on 4 July 2021 at age 79

Reams 'Ross' Bagwell, age 79 of Big Rock, TN went to be with the Lord July 4, 2021. He was the son of the late Glynn and Lorena Lewis Bagwell. Ross was a lifelong farmer who was dedicated to his family and friends. He served many years on the Montgomery County Co-Op Board and the Stewart County Soil Conservation Board. Ross enjoyed coon hunting with his buddies and was a PKC World Champion Coon Hunter. He was a member of Wyatt's Chapel United Methodist Church. As a young man, Ross was a member of the champion 1959-1960 Stewart County High School Rebel Basketball Team, president of the Dover Future Farmers of America chapter and later alumni advisor. He was an avid Austin Peay State University basketball and New York Yankee fan.

In addition to his parents, he is preceded in death by an infant brother; Owen Bagwell.


He was buried on 9 July 2021 at Bagwell Cemetery, Indian Mound, Stewart County, Tennessee.

Born in Easley, she was a daughter of the late Joseph Calvin Bagwell and Eunice Irene Black Bagwell.

Mrs. Black was the founder of Black's Seafood Restaurant. She was a member of Jones Avenue Baptist Church and enjoyed her Arts and Crafts.

In addition to her husband and parents, she was predeceased by her sisters, Margaret Brown, Shirley Trotter and Teresa Fant; and a brother, Wayne Bagwell.