His funeral service will be 11 AM Monday August 5, 2013 at West Albemarle Baptist Church with Rev. Wayne Richardson and Rev. Adam Hatley officiating. Burial will follow in Stanly Gardens of Memory. The family will receive friends at Stanly Funeral Home from 7 to 9 PM on Sunday evening.

Born October 18, 1934 in Stanly County, NC he was the son of the late Albert Bagwell and Jessie Smith Bagwell.

He was the former owner and operator of the Albemarle Sweet Shop.

His wife Sylvia Ann Coble Bagwell preceded him in death in 1999. 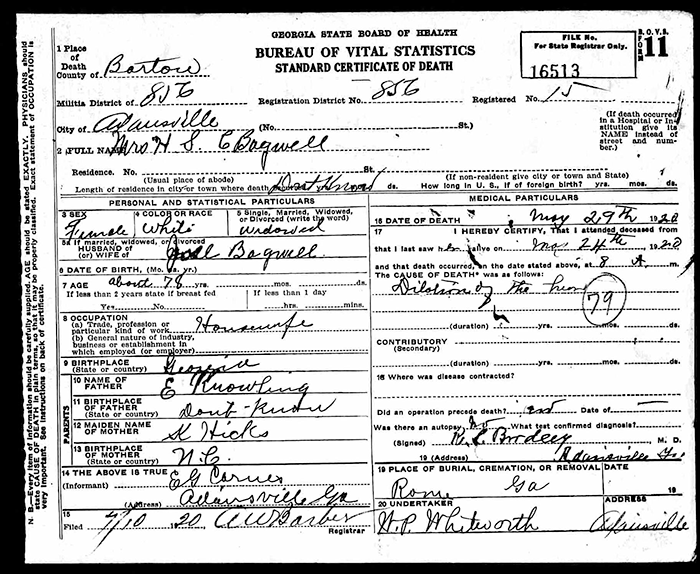 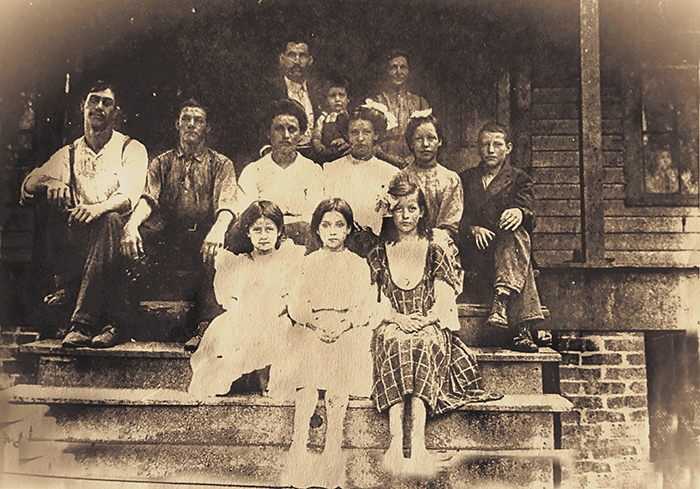 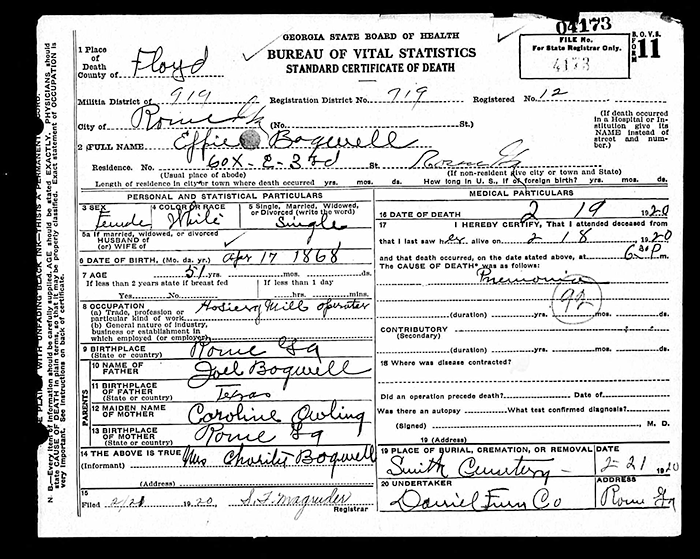 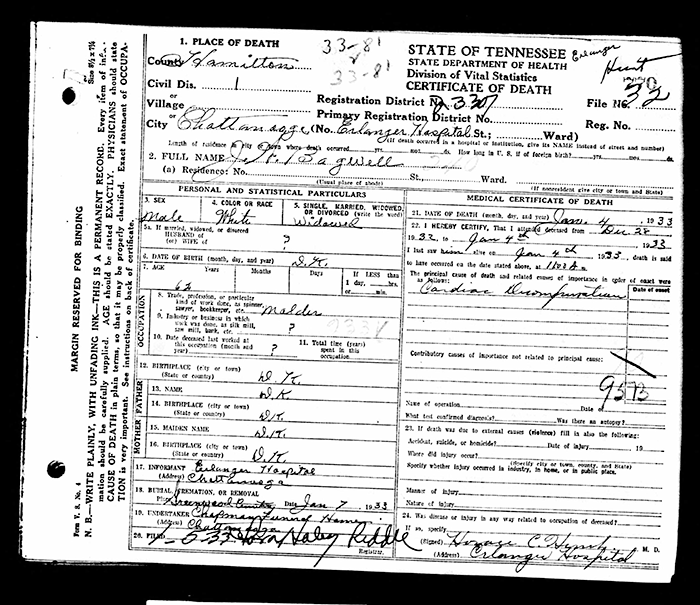 F, b. 1871
Charity Harris was born in 1871 in Georgia. As of 10 September 1888,her married name was Bagwell. She married Joseph W. Bagwell, son of Joel Bagwell and Harriett Susan Caroline Nowlin, on 10 September 1888 at Georgia. 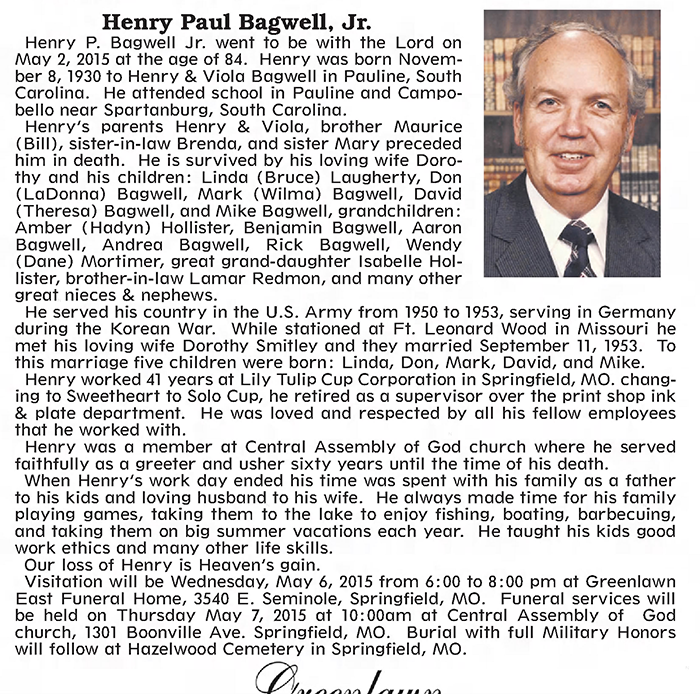 Henry Paul Bagwell Jr. was born on 8 November 1930 in Pauline, Spartanburg County, South Carolina. He was the son of Henry Paul Bagwell and Viola M. Rogers. Henry Paul Bagwell Jr. married Dorothy Marie Smitley on 11 September 1953. Henry Paul Bagwell Jr. died on 2 May 2015 in Springfield, Greene County, Missouri, at age 84
Henry P. Bagwell Jr. went to be with the Lord on May 2, 2015 at the age of 84. Henry was born November 8, 1930 to Henry & Viola Bagwell in Pauline, South Carolina. He attended school in Pauline and Campobello near Spartanburg, South Carolina.
Henry's parents Henry & Viola, brother Maurice (Bill), sister-in-law Brenda, and sister Mary preceded him in death. He is survived by his wife Dorothy and his children: Linda (Bruce) Laugherty, Don (LaDonna) Bagwell, Mark (Wilma) Bagwell, David (Theresa) Bagwell, and Mike Bagwell, grandchildren: Amber (Hadyn) Hollister, Benjamin Bagwell, Aaron Bagwell, Andrea Bagwell, Rick Bagwell, Wendy (Dane) Mortimer, great grand-daughter Isabelle Hollister, and brother-in-law Lamar Redmon.
He served his country in the U.S. Army from 1950 to 1953, serving in Germany during the Korean War. While stationed at Ft. Leonard Wood in Missouri he met his loving wife Dorothy Smitley and they married September 11, 1953.
Henry worked 41 years at Lily Tulip Cup Corporation in Springfield, MO. changing to Sweetheart to Solo Cup, he retired as a supervisor over the print shop ink & plate department.
Henry was a member at Central Assembly of God church where he served faithfully as a greeter and usher sixty years until the time of his death.
Burial with full Military Honors at Hazelwood Cemetery in Springfield, MO.
Published in the News-Leader from May 5 to May 7, 2015.
He was buried on 7 May 2015 at Hazelwood Cemetery, Springfield, Greene County, Missouri.

Mary Bagwell Redmon, 70, passed away on Tuesday, May 26, 2009. She was born in Spartanburg County, SC on April 9, 1939, daughter of the late Henry Paul and Viola Rogers Bagwell. Mrs. Redmon was a retired Department manager for Rose's Stores. Burial will be in Lakeland Memorial Park. 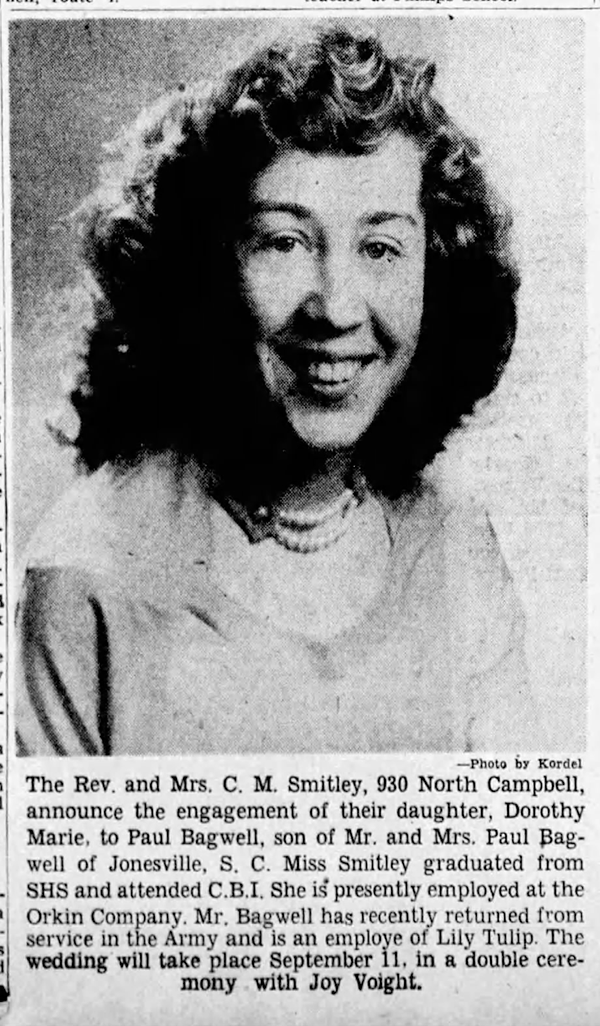 F, b. 31 March 1895, d. March 1976
Myrtle Mae Griffin was born on 31 March 1895 in Missouri. As of after 1910,her married name was Bagwell. She married Elmer Desco Bagwell, son of Ancil Littleton Bagwell and Amanda Caroline Weaver, after 1910. Myrtle Mae Griffin died in March 1976 in Springfield, Greene County, Missouri. She was buried at Greenlawn Cemetery, Springfield, Greene County, Missouri.

F, b. 28 December 1922, d. 5 February 2008
Relenia Lee Bagwell was born on 28 December 1922 in Lebanon, Cooper County, Missouri. She was the daughter of Elmer Desco Bagwell and Myrtle Mae Griffin. As of 30 July 1947,her married name was Bader. Relenia Lee Bagwell married Arnold William Bader on 30 July 1947. Relenia Lee Bagwell died on 5 February 2008 in Springfield, Greene County, Missouri, at age 85
Relenia Lee Bader, 85, of Springfield, Mo., passed away Tuesday, February 5, 2008, at St. John's Hospital. Relenia was born December 28, 1922, in Lebanon, Mo., to Elmer and Myrtle Bagwell. The youngest of five children, she grew up in southeastern Nebraska. She was considered a bit of a tomboy growing up, so much so that her dad took to calling her "Bill" (short for "Billyboy") which stuck with her all her life. A hard worker, she held a number of different jobs over her life. Most notably she was employed at St. John's Hospital for 40 years.