Richard R. Bush was born on 1 June 1640 in Essex, Virginia.1 He was the son of Abraham Bush.1 Richard immigrated in 1670 to Virginia Colony aboard ship from Bristol , and was indentured for up to four years to one William Roberts . On 2 March, 1677/78 in Old Rappahannock/Essex County, Virginia he married Elizabeth Bibby.

Richard and Elizabeth Bush lived most of their lives and died in Essex County, Virginia where they appear frequently on the Titheables Lists . On 20 April 1689 Richard(1) received a land grant of 793 acres on the south side of the Rappahannock River, on Piscataway Creek, only a few miles up stream from the holdings of William Roberts where Richard(1) had begun life in Virginia. In addition to these holdings, on 13 February 1661 Richard and Elizabeth inherited 550 acres that had been granted to John Bibby, Elizabeth's father . Elizabeth died there after 10 March 1688 . By 10 September 1689 Richard was married to a woman identified only as Mary . Their son, John, was born in 1694 . Richard died in 1700. Richard R. Bush married Elizabeth Bibby in 1671 at Rappahannock, Virginia. Richard R. Bush died on 1 June 1720 in Essex, Virginia, at age 80.1


Harold Dennis Bagwell, 54, husband of Cynthia Kay Adams Bagwell, passed from this life Wednesday, March 11, 2015. Harold was born in Easley, a son of Harold E. Bagwell of Slabtown and Lucille Stewart Bagwell of Pickens. He was retired from the U. S. Navy. Following his Navy service, Dennis went to work for Lockheed and later Flour in Greenville. Survivors include his wife, Cynthia Kay Adams Bagwell of the home, sons, Chris Bagwell (Rhonda) of Pickens, and David Bagwell of Powdersville, and a daughter, Tonya Feno (Randall) of Pickens and ten grandchildren. Also surviving are brothers, Jerry Bagwell (Penny) and Jeff Bagwell all of Pickens. Dennis was preceded in death by a grandson, Randall Feno, III. The family will receive friends from 6 to 8 PM Friday, March 13, 2015 at Dillard Funeral Home in Pickens. Funeral services will be conducted 3 PM Saturday, March 14, 2015 in the funeral home chapel. Burial will follow with full military honors at Hillcrest Memorial Park and Gardens. The family is at the home. Dillard Funeral Home Pickens, SC. 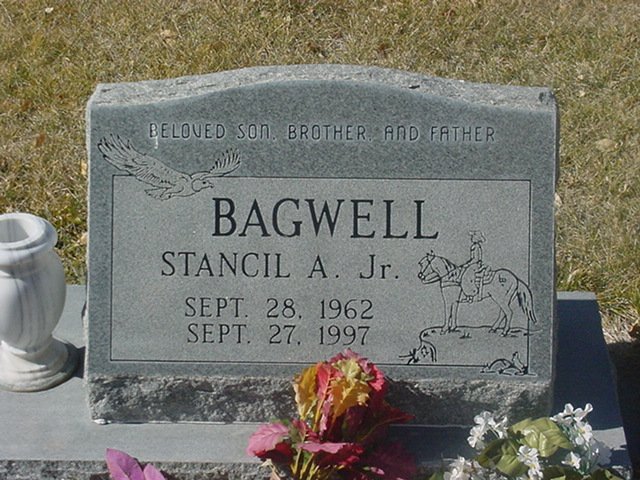