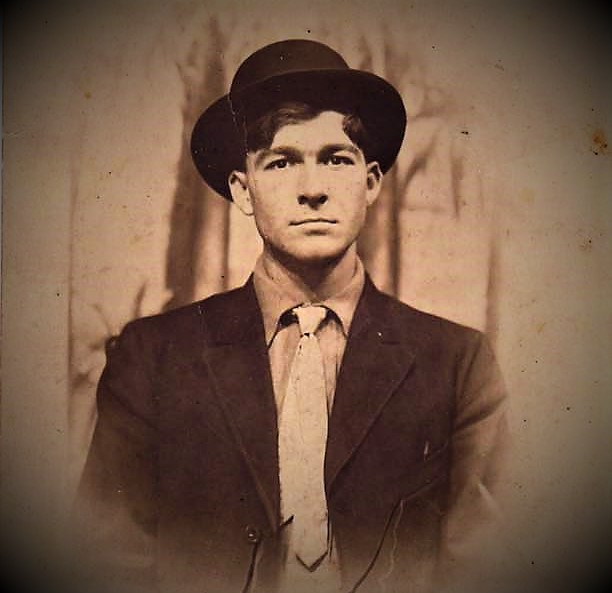 
Henry Riley Bagwell (1890-1962)... he married Donna Hale (1882-1958) from Alabama via Mississippi in 1919. After the War, Marietta was booming with new and growing businesses aside from farming and agriculture. Henry's appreciated talents allowed him to build a new home and a barn to accommodate his growing business for the prosperous town in the mid to late 20's. The house and barn for the business surprisingly are still here today and beautifully refurbished by Julie Rome and her husband...and to my surprise... they are only 3 doors down from where my grandmother's old house was on Maxwell, Ave., Marietta, GA. I played in this dusty old barn as a kid with Rohners, Wilson's, Wings and siblings.

The prosperous business became "Bagwell Sign Service" of Marietta, GA and the primary signs produced were for store front signs, store front lettering, truck lettering and stand alone road side or yard signs from about 1919 until 1960.

The photos came from grandson Mr. William Bagwell of Pickens County, GA and they are numerous photos from the 20's thru the 50's... I have scanned them all and will be posting over the duration. They consist of several commercial trucks, store fronts and road advertisements over the years. truly a rare treat. Enjoy and thanks William Bagwell.1

Born in Abbeville County, February 21, 1933, she was a daughter of the late Dee and Daisey Mae Luther Allen. Mrs. Bagwell was a member of Hodges Church of God, the Ladies Sunday School Class and was an avid Flower and Vegetable Gardener.

Funeral services will be conducted at 3:00 PM Monday, May 13, 2019, from the Blyth Funeral Home Chapel with Rev. Charles Caldwell and Rev. Rick Hendricks officiating.

Burial will be in Greenwood Memorial Gardens.

The family is at the home on Sagewood Road and will receive friends at the funeral home from 2:00 to 3:00 Monday afternoon. 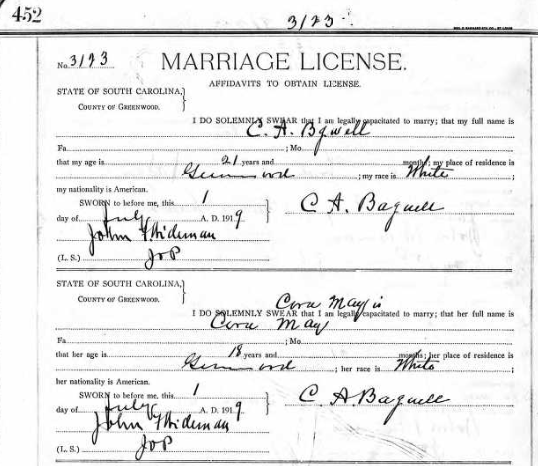 Children of Cora Victoria May and Charles Ambrose Bagwell Sr.