M, b. 14 August 1921, d. 20 October 1972
Fred Troy Bagwell was born on 14 August 1921 in Greenville, Greenville County, South Carolina. He was the son of James Lee Bagwell and Mary Ellen Norwood. He enlisted 13 January 1941 in the US Amry and served as a TEC 5 during World War II. He was release March 22, 1945. Fred Troy Bagwell married Hazel Virginia Caldwell after 1945 at Greenville, Greenville County, South Carolina. Fred Troy Bagwell died on 20 October 1972 in Marietta, Cobb County, Georgia, at age 51. He was buried at Kennesaw Memorial Park, Marietta, Cobb County, Georgia.

She was a member of Maranatha Baptist Church, the Phillipian Sunday School Class and had worked as a sales associate with the former King's Department Store.

The family will receive friends from 6:30 to 8 p.m. tonight at Peninsula Funeral Home. A funeral service will be conducted at 11 a.m. Thursday, Jan. 4, in Maranatha Baptist Church, Tabb. Burial will follow in Parklawn Memorial Park.
She was buried at Parklawn Memorial Park, Hampton, Hampton City, Virginia.

Richard Bagwell is the son of William Lawrence Bagwell and Joyce Doylene Branham.

Randy Bagwell is the son of William Lawrence Bagwell and Joyce Doylene Branham.

Vanessa Bagwell is the daughter of William Lawrence Bagwell and Joyce Doylene Branham.

Mark A. Bagwell is the son of Kenneth Eugene "Gene" Bagwell and Lorrita Zelpha Harris. 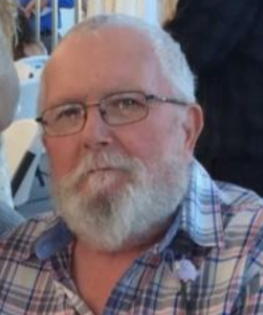